Here at Soil Health Labs, we’re all about helping farmers!

Our team has a proven track record of soil and crop research. We’ve partnered with producers, researchers and NRCS reps around the country, learning and collecting data from all different types of operations—from the Midwest to the Southeast, the Southwest to the Northeast.

It’s our calling to make this learning and research available to all, through videos, podcasts and digital and print articles—and along the way, help create a brighter future for producers, consumers and our soils!

Who are we? Check out our team below! 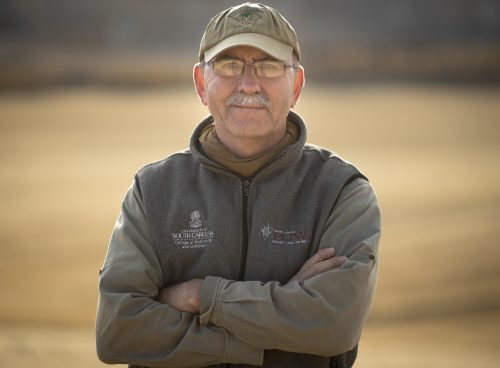 Buz graduated as an Ikey (University of Cape Town) in 1982 and cut his professional teeth as a chemical engineer in that wonderfully environmentally friendly industry, Uranium Mining. After 12 years at Rössing Uranium in Namibia, Buz went to the United States to seek his fortune and did an MBA at the University of South Carolina. After failing miserably to get an environmental consulting company up and running, Buz joined the University of South Carolina as a contractor and later, to his surprise, as a research assistant professor in 2001. After 9 years of lurching from one water quality project to the next, Buz met Ray Archuleta in 2010 and finally lost his mind. Ray told him this crazy story of living soils that can be healed. This was like a 100 mph wet fish to the face for Buz because he suddenly figured that if soils could be healed, water quality would take care of itself. Since then, Buz has advocated for healthy soils through storytelling in video media and has slowly built up a portfolio of really, really bad research by collaborating directly with farmers, especially in the use of cover crops to radically cut back on fertilizers and to improve per acre income. Buz is a Research Associate Professor in the Environmental Health Sciences Department at USC’s Arnold School of Public Health and holds degrees in Chemical Engineering from the University of Cape Town in South Africa, and an MBA and PhD from the University of South Carolina. 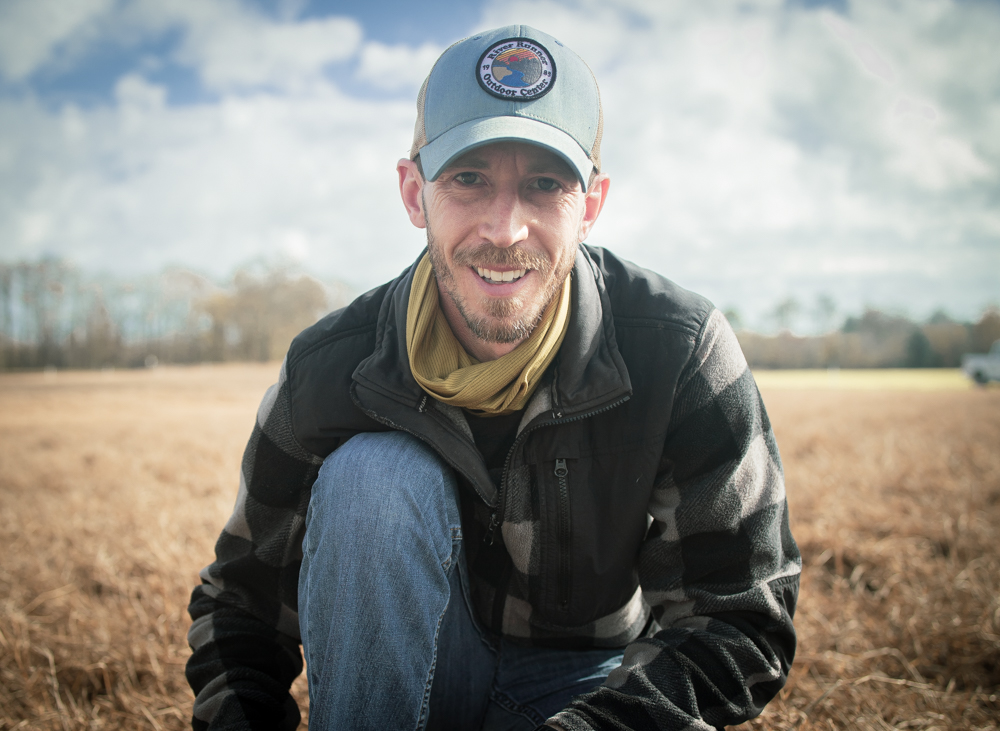 Gabe is a transplant from Omaha, Nebraska who was brought on as research professor after earning his PhD with Buz at the University of South Carolina. Between much of his youth being spent on his grandparent’s farm and with extended family sprawled throughout rural Iowa, and his father’s career working from meat packing plants to the USDA’s Food Safety Inspection Service, Gabe is no stranger to agriculture or the ways in which food gets from farm to table. Gabe’s background is focused on molecular biology, beginning with a degree in Biology from the University of Nebraska at Omaha, he then spent 3 years working in human genetics before going back to school to earn a Master of Public Health in Infectious Diseases and Zoonosis from Kansas State University and then to South Carolina to earn his PhD in Environmental Health Sciences. Gabe is currently focusing his interdisciplinary background back towards his Midwestern roots and is examining ways to better understand healthy soils in agricultural systems and how to promote, educate, and share environmentally responsible agricultural practices. He is currently using soil metagenomics to explore nutrient cycling potential within differentially managed agricultural soils, and other ways in which the relationship between plants and soil microbes can produce and healthy crops while minimizing synthetic inputs. 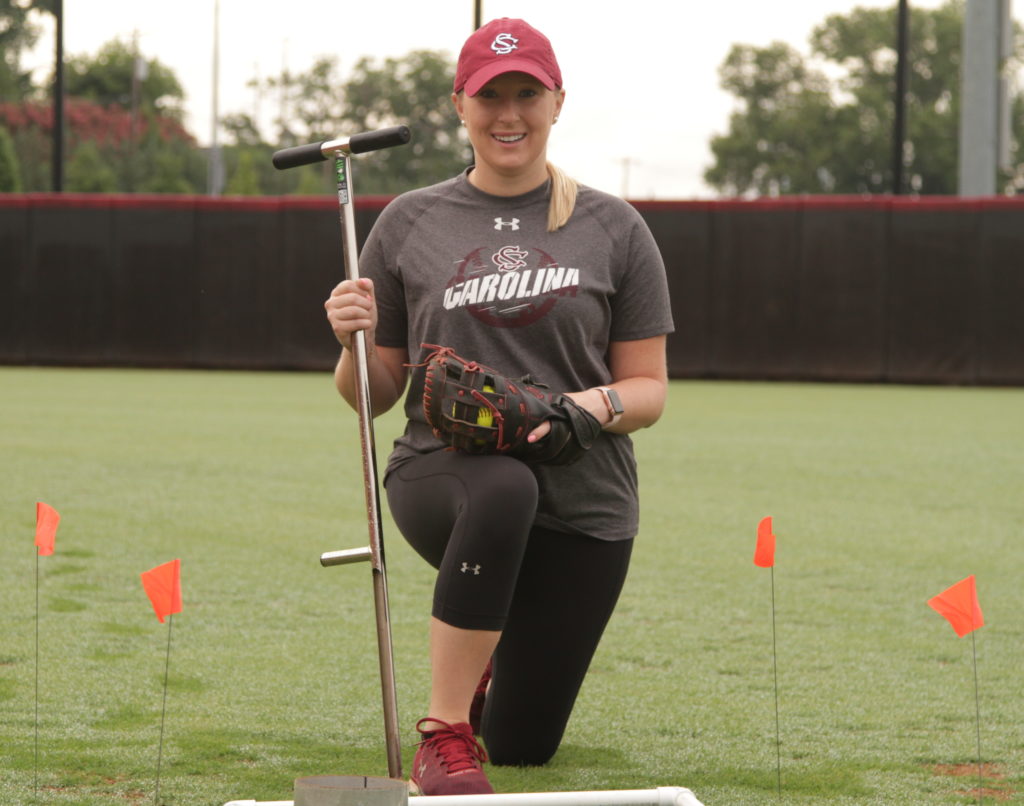 Lacy is a native of St. Petersburg, Florida.  Winthrop University brought her to South Carolina in 2012.  At Winthrop, she earned her Bachelors of Science in Middle School Education with a minor in Sustainability.  After a year of teaching middle school math and science, she decided to further her love for environmental science by coming to USC for her Masters of Earth and Environmental Resource Management, which she earned in 2019 while working with Soil Health Labs. Her master’s research focused on the use of compost and compost teas on athletic turfgrass.  Thanks to her time and work with Soil Health Labs, Lacy became passionate about the impact of agricultural practices on soil health and working with producers to see research implemented. Lacy is now continuing with her PhD in Environmental Health Science.  Her research is focused on science communication in agriculture, particularly the role of interviews to inform scientific research.  Her goal is to ensure research is relevant and implementable for producers.  Lacy loves the interdisciplinary aspect of this work and enjoys sharing it with others as well as building relationships with producers. 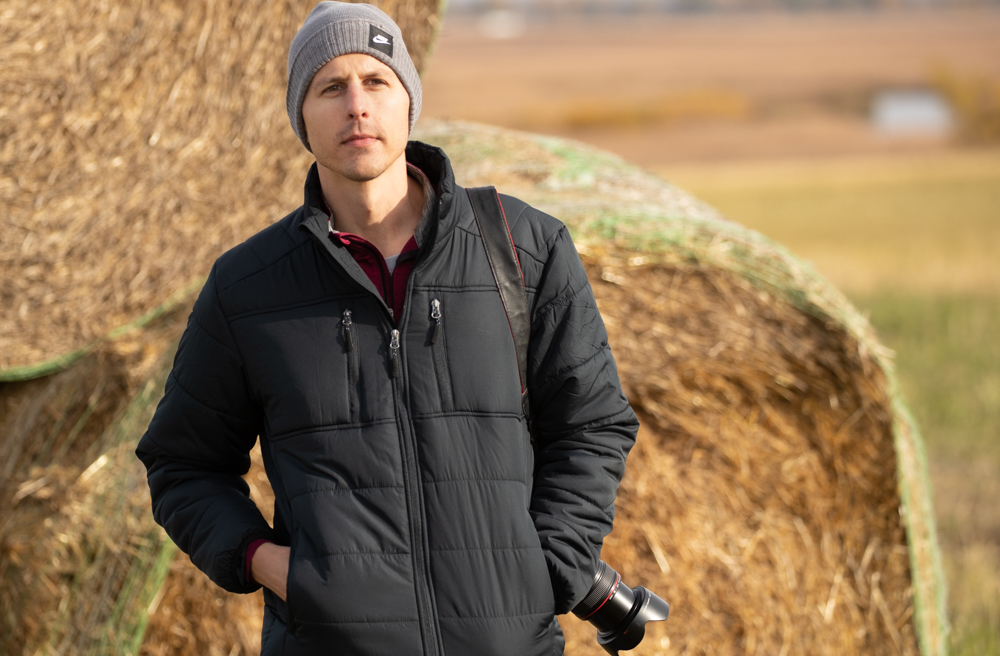 Barrett always knew that he would wind up in the creative field, but the path that got him there was as unique as it was unpredictable. After attending the University of South Carolina for the better part of 3 years and finally settling on an Occupational Technology degree from Midlands Technical Institute, Barrett set out into the audio/video field. Heading up the audio and recording responsibilities alongside partner Jesse Welnick on video, Barrett produced various training and informational videos for companies such as Michelin. In 2011 when his partner was forced to relocate, Barrett made a strong transition away from audio and into graphic design. Since starting this role, Barrett has had the pleasure of not only being the chief Brand Identity Designer for dozens of small businesses, he’s also contributed graphic content to some of the titans of the sports industry: The Bleacher Report, Athlon Sports, Slam Magazine as well as various ESPN affiliates. It wasn’t too far into this role that Barrett had the opportunity to expand his skillset into copywriting and, shortly after, social media management. As of 2016, Barrett has worked with clients from around the globe conceptualizing and contributing  targeted graphic, written, and social media content as well as filling in as a videographer and photographer. 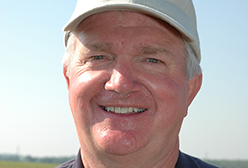 A farm boy from Iowa, Lynn had a career with the USDA Soil Conservation Service and the later-named Natural Resources Conservation Service. His job—he says he evidently couldn’t find anyone else to hire him through nearly 40 years—was to inform and educate landowners, producers and people in general on soil and water conservation techniques and benefits, and to promote conservation creatively. Most of his work was in Iowa, but as he increasingly helped with national conservation projects, he travelled across the country.

The best part of the Iowa State University alum’s job, he says, was visiting farms and ranches, learning from producers and taking photos to help tell their conservation stories. He constantly tried to find new ways to involve people in conservation, with campaigns like Backyard Conservation, a national promotion he helped organize and carry out that urged urbanites to use the same practices farmers use, but in miniature, to promote wildlife habitat and improved land and water care.

Over the past 15 years, Lynn developed a passion for soil health as a freelance writer and photographer. Over time, he’s penned more than 400 articles that have appeared in Farm Progress magazines such as Wallaces Farmer, Corn and Soybean Digest, and Dakota Farmer, as well as Progressive Farmer magazine. Most recently, Lynn has worked closely with conservation groups and agencies in South Dakota to promote soil health practices. 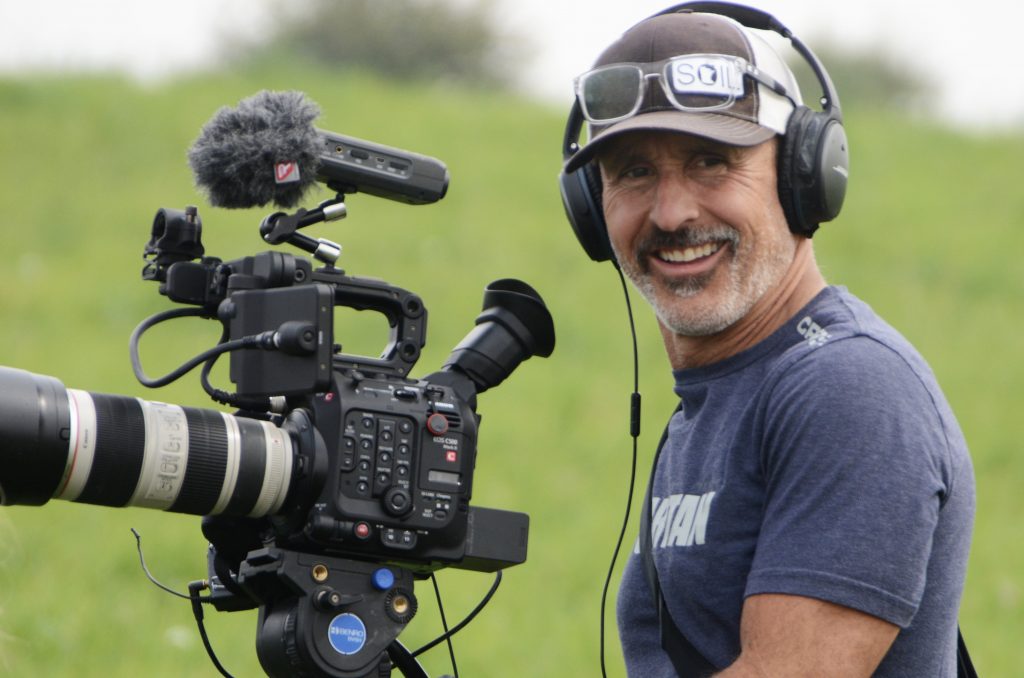 Joe is an award winning photographer and videographer who specializes in farm and ranch conservation stories. He attended college at the University of Minnesota, graduating with a Fine Art degree. He added a Design degree, and spent 10 years as a Creative Director before pursuing his true passion; photography and videography. 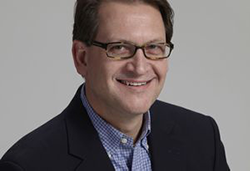 Kurt Lawton is an award-winning freelance writer, photographer and website/PR/social media content strategist. The value Kurt brings to every project is steeped in three decades of first-hand experience as a magazine editor, freelance journalist/photographer, website content director, editorial strategist, PR counselor, marketing communications strategist, and globe-traveler who is well versed in agriculture and other industries.
Kurt‘s role with us is to deliver valuable and engaging written content that helps South Dakota farms and communities think deeper and implement ideas and practices which improve and sustain their businesses, environment and lives. 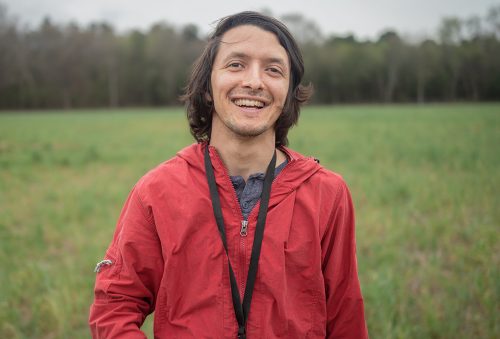 Joe is from Virginia but spent the last 10 years in Utah. He is a gardener and educator who came to South Carolina from Utah State University. Joe worked on a number of farms while a young college student and first learned about soil health while working at a permaculture farm in northern Utah. After receiving a bachelor’s degree in agricultural education and teaching high school agriculture classes, he received a master’s degree in applied economics. He is currently working on earning a PhD in environmental health science and is passionate about community gardens, vegetable production, soil health, and urban agriculture. One of Joe’s most exciting professional experiences was when he went to Peru to study medicinal plant usage and was able to study community gardens in refugee communities in Peru. Since then he has worked on and run several community gardens for refugees and has seen the way that the health of the environment and the health of people are inseparably combined.

Keep up with us: